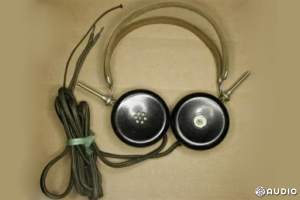 In 2000, the first commercial noise-cancelling headset launched by BOSE extended the functions of headset products. After 2008, with the development of Bluetooth technology, the Bluetooth A2DP protocol began to spread, paving the way for the development of wireless materials-bound Bluetooth headsets. Until the release of Apple AirPods in 2016, it quickly detonated the market and led the headsets to enter the wireless era.

From the birth of the first true headset in 1910, after a hundred years of development, we are now accustomed to TWS true wireless headsets, neck-mounted Bluetooth headsets, Bluetooth headsets and other forms, active noise reduction, spatial audio, wear detection With various functions such as, touch operation, the use experience of the headset is constantly optimized, and it has gradually become a must-have product for people, enriching people’s daily life.

On the evening of December 8, 2020, as suddenly as the Apple AirPods Pro in 2019, Apple’s first headset AirPods Max was launched directly on the official website. In appearance, the headphone beam structure was reconstructed, using a stainless steel frame with a dome design; The configuration is equipped with Apple H1 chip, which supports active noise reduction, wearing detection, adaptive equalization sound effects and spatial audio functions. 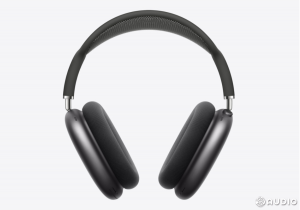 The release of Apple’s AirPods Max not only reconstructed the headphone design, but also became the headphone master in terms of configuration. Today we will talk about the current development status of the headset from six aspects: the appearance of the headset, Bluetooth technology, wearing detection, active noise reduction, touch operation, and spatial audio.

1. The appearance of the headset 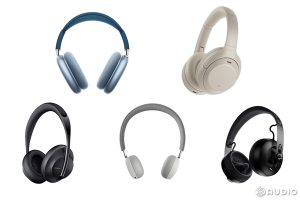 From the first headset Nathaniel Baldwin, we can find that after a century of development, the basic structure of the headset has not changed much, but the wearing comfort and the functionality of the appearance structure are constantly improving. Headphones have added a head cushion and earmuff structure from the basic structure, and are filled with more skin-friendly materials and soft materials, which effectively reduces the ear-clamping and head-pressing feeling of long-term wear.

In the design of earmuffs, current mainstream products have adopted an over-ear wearing method. This earmuff design can more effectively seal the ear canal and reduce the interference and leakage of external noise than the ear-pressing earmuffs. But there are also headsets that are generally large in size and stuffy in summer.

The Apple AirPods Max headset also uses an over-ear earmuff design and is fixed to the headset by magnetic attraction. In the choice of material, the outer layer uses a special mesh fabric, the official introduction is like lying on a soft pillow when listening to music. Wearing comfort has to wait until the products purchased by I love audio network arrive in detail, but the mesh fabric has a great advantage in air permeability compared with most of the protein leather materials currently used. 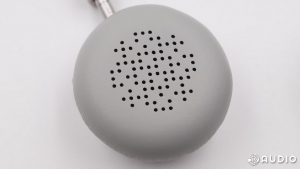 Compared with over-ear earphones, pressure-on-ear earphones have problems such as insufficient comfort and sound leakage, and for the current popular active noise reduction function, the way of wearing on-ear earmuffs cannot provide better noise reduction effects . However, in-ear headphones are generally small in size, stylish in appearance, light and easy to carry, and are relatively more comfortable to wear in summer compared to over-ear headphones.

In addition to earmuffs, the functionality of the head beam structure has also been gradually improved. The flagship products launched by audio manufacturers such as Sony, Meizu, BEATS, etc. have all been improved in appearance and structure. 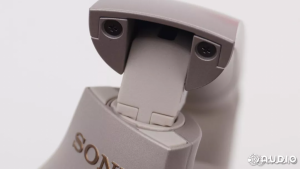 The headphone head beam structure not only supports the most basic head beam stretching function, but is also equipped with folding and rotating structures to achieve personalized wearing adjustments for different groups of people and improve portability. 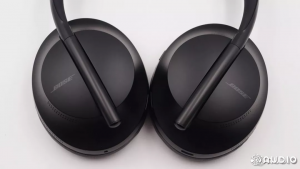 But there are also many manufacturers ingenious in the structure of the head beam hinge. The Bose NC700 headset active noise reduction Bluetooth headset adopts an interspersed hidden link structure, which perfectly combines the left and right rotation structure of the earphone shell with the length of the adjustable headband sliding structure. 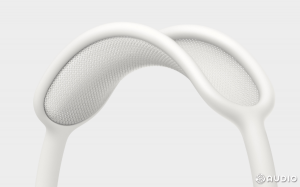 Apple AirPods Max headsets have a new design on the head beam frame, using a stainless steel frame with a tight fabric dome. The fabric dome helps disperse the weight, reduce the pressure on the head, and has strong air permeability; the stainless steel frame has both strength and flexibility, and is wrapped in soft materials to enhance the touch. 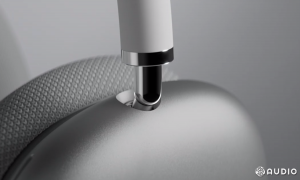