The current smart glasses market mainly combines smart audio with the form of glasses and configures an independent operating system for it, so that it has the functions of both, that is, it can be used for fashion decoration and has an open Audio experience. But this is only the beginning of the smart glasses direction of various manufacturers. With the continuous development of technology, smart glasses will gradually link with vision to realize the function of AR augmented reality and provide richer applications. 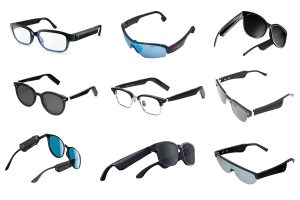 At present, the smart audio glasses products launched by 8 major brands on the market are Amazon, Bose, Huawei, JLab, moregy, Rapoo, Razer. These products are not much different from ordinary glasses in terms of appearance and volume. , But it can provide an open audio experience 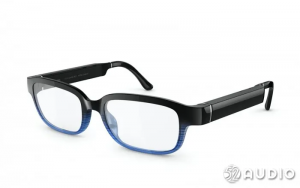 Amazon Echo Frames 2nd Gen can be directly connected to the wearer’s smartphone wirelessly. Compared with the previous generation, it has improved battery life, with 4h continuous playback time; supports inverted three-second automatic shutdown function; echo frame function , The volume can be automatically adjusted according to the noise level of the surrounding environment; and the VIP filter can customize the received message notification.

The sound quality of Amazon Echo Frames 2nd Gen has also improved. Amazon promises to provide richer and fuller sound in music and Alexa responses; just ask Alexa to make a call, set reminders, add to-do items, and get News, listen to podcasts or control your smart home; in addition to the official Alexa voice assistant, it also supports local voice assistants on iOS and Android smartphones; and in order to protect privacy, double-click the operation button to completely turn off the microphone. 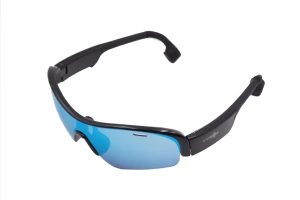 AfterShokz bone conduction sports sunglasses are very stylish in appearance, and the lenses can be replaced. They use TR-90 high flexibility temples and a bendable hinge design. The curvature is more close to the surface, and it is stable and comfortable to wear. The inside of the glasses is coated with a lot of glue, and the materials are tightly connected, which is effectively rainproof and waterproof.

It is equipped with a Qualcomm QCC3024 Bluetooth audio SoC developed based on low power consumption. The Bluetooth connection is stable and has low latency and outstanding battery life. At the same time, it uses Maxim MAX98306 Class D amplifier to amplify and drive the bone conduction unit. 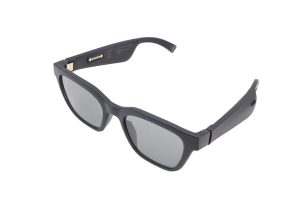 The appearance of Bose smart audio glasses is not much different from ordinary sunglasses, but the design is more fashionable and simple, the lens can be replaced, and the hinge part is made of gold-plated material. The overall style gives people a fashionable and high-end feeling. But after all, it has built-in components such as motherboard and battery, which is heavier, and it is a little tiring to wear it continuously.

Through Bose’s advanced directional sound technology, the open speaker can also accurately and concentratedly deliver the sound to the wearer, allowing the user’s listening experience to be further enhanced. It is equipped with Qualcomm CSR8675 top-level Bluetooth audio SoC, which supports 24-bit audio transmission and aptX HD audio format, which provides excellent guarantee for the sound quality output of Bose smart audio glasses.

In 2020, Bose also launched iterative products cat-eye and sports models, which have been greatly improved in terms of sound quality, providing a disruptive Bose open audio experience; and the battery life has also been increased to 8 hours. Both products use nylon frames and are equipped with polarized lenses for users to choose from. The cat-eye design is relatively more in line with the daily style, and the sports design is more radical, and strengthens the wearing stability of the glasses, and supports IPX4 waterproof. 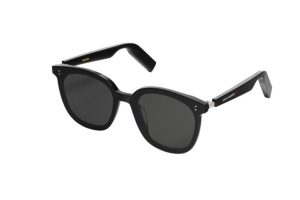 HUAWEI X Gentle Monster Eyewear smart glasses cleverly blend technology and fashion. The whole body of the glasses has no interface design and supports IP67 dustproof and waterproof; dual speakers and semi-open design, the official claims can make the sound clearer and richer; the glasses have a wearing perception function, support double-click to wake up the voice assistant, play/pause Music and answering/hanging up calls make information acquisition and interaction more convenient.

As early as 2018, foreign media broke the news that a well-known analyst published a report predicting that Apple will release augmented reality glasses called “Apple Glasses” by 2021 at the latest. Recently, well-known analyst Ming-Chi Kuo predicts in the Apple MR/AR product blueprint forecast that Apple is expected to launch helmet-type products in 2022 and glasses-type products in 2025 at the earliest.

In the direction of AR device research and development, Apple has applied for dozens of software and hardware patents. At present, many of Apple’s technologies and functions are also regarded as paving the way for AR devices, such as AirPods’ spatial audio technology, iPhone / Apple Watch / HomePod UWB ultra-wideband chip on other devices, LiDAR lidar scanner of iPhone 12 Pro series and iPad Pro 2020, etc.

The current smart glasses market is mainly based on smart audio glasses. After several years of development, the appearance is not much different from ordinary sunglasses, and it has both the functions of glasses and music playback, a sense of fashion and a sense of future technology. It is also stronger. And the open stereo audio provides users with a novel listening experience, liberates both ears, and avoids ear pain caused by long-term wearing of in-ear headphones.

However, the current smart audio glasses are only the beginning of smart glasses. With the continuous development of technology, future smart glasses products will be equipped with more functions and gradually become more complete. And with the application of AR augmented reality technology, the combination of visual effects and auditory experience, smart glasses will undergo earth-shaking changes, providing users with a new interactive experience. At that time, smart glasses may become the next place for Internet giants, mobile phone manufacturers, and audio manufacturers to compete.